May I speak in the name of the Father and the Son and the Holy Spirit. Amen

Today we are celebrating the Feast of St Augustine of Hippo as well as celebrating alongside the Sisters of Burnham Abbey their 750th anniversary of the foundation of the original abbey in 1266, when six Sisters left Goring and set up this religious home. Then 100 years ago in 1916 the Sisters of the Society of the Precious Blood, as a contemplative order, reoccupied the site, repairing it, making it what it is today: a place of prayer and hospitality, refreshment and love. The Sisters may feel a little like the Queen did for her 90th birthday: the celebrations just keep on going - it is just that so many want to be part of it.

For those of you from St Andrew’s who do not know, the Sisters are a contemplative Augustinian Community and their principal work is worship, thanksgiving and intercession. This is why we are honoured to be invited to celebrate alongside you all on this your special feast day.

In our reading from Ecclesiasticus, Ben Sira is at the closing part of praising the Fathers, those prophets and founders who have laid the foundations and have contributed to the Jewish nation throughout the history of God’s people.

Then Ben Sira praises Simon for his leadership in the building up of the Temple after it had been destroyed and his service at the altar in daily sacrifices and pronouncements of Blessings. They have pride - not selfish pride but pride in the building, the splendour of it for the glory of God and they praise and bless God for his wondrous works.

Simon stepping out from behind the curtain; that imagery of the holy of holies says that he was glorious, surrounded by the people. In Hebrew it says how glorious he was as he looked out from the tent, using the term that takes us back to the tent in the wilderness that first Exodus. Simon’s glorious appearance is described in terms of remembering Aaron’s glory and wisdom flourishing.

This is praise indeed that maybe today we would step back from saying or sharing about someone in this kind of language who offered to God such dedication.

From my own view point, I know over the last 25 years I have been attending Burnham Abbey that I can see that same language being used as an expression of all that is holy, good and true, that some of us experience of God in this place, from seeing you as the Sisters living out your faith in the ups and downs of community life, from the flowers under the altar, remembering those who have gone before. From the cards of the Saints which are handed out from the altar at Christmas, to the small simple metal cross of Christ as we robe as Priests in the vestry, to the bell that on a very rare occasion we can hear in Cippenham, to the simplicity of the chapel and altar that makes God known and in which you gather every day praying for our world, when we are often too busy with life - all of these are there for the glory of God.

It is in community, either as Sisters or as a Priest or as the congregation of St Andrews, that each of us has been called by Christ to exercise authority as humble servants. We have to be different; different from the Pharisees and the world which even in community we are very much part of. Each of us has different functions and roles but all should be assumed as a service to God. As Jesus said, the greatest among you must be a servant.

Augustine was one of the greatest minds in the history of the Christian Church. He was a Bishop and so could have demanded the same kind of honours which the Pharisees - and sadly some Christians in our own history - have expected  but he was not like that at all. In spite of his great intellect and theological knowledge and his position as leader of his diocese, he lived a simple life with his clergy and showed a deep concern for the poor.

So, in our humility and our service we find we can come before God in thanksgiving. I finish with these words of St Augustine "The reason you have come together is that you may have one heart and one mind entirely centred upon God". Amen 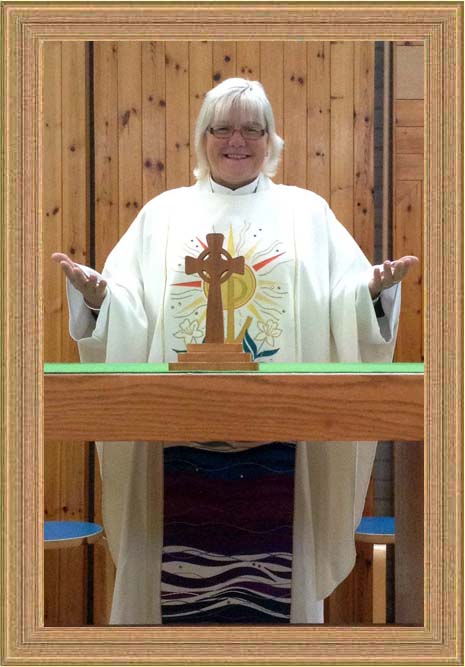